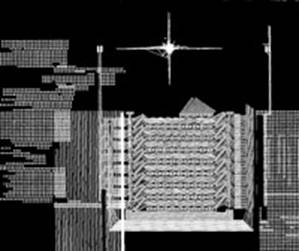 Lillian Schwartz is an artist, filmmaker, art historian, researcher and theorist. Her work was the first in the medium of computer art to be acquired by The Museum of Modern Art (New York), and has works in many other collections including the Wiesbaden Museum of Art, Germany. Some of her early pioneering work in computer art took place at Bell Labs in collaboration with other staff on the team such as Ken Knowlton. She was involved with the seminal Experiments in Art and Technology group in 1968, which led to her computer-based sculpture Proxima Centauri being selected for the Museum of Modern Art.