Removing Interfering Material In An Assembly

From my product designer’s perspective, certainly one of the most useful functions in a 3D solid modeler such as SOLIDWORKS is the ability to check for potential interferences in their still-virtual assembly. But, once found, can one remove the offending interfering material from the desired part?

Take a look at the example assembly in Figure 1. It’s hard to tell if there is a problem or not, isn’t it? But SOLIDWORKS’ Interference Detection command quickly confirms and reveals the problem (Figure 2). 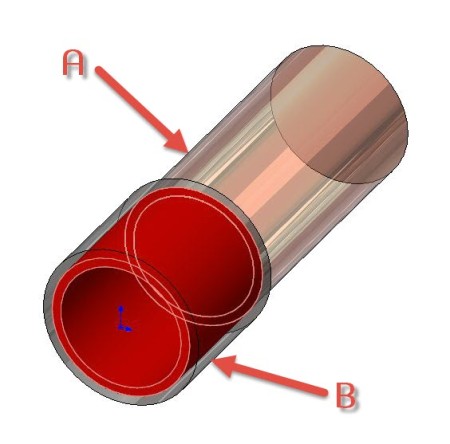 Let’s say that the desired solution is to remove the material from Part A. Begin by editing Part A in the context of the assembly. Then start the “Cavity” command (Insert->Features->Cavity) and select Part B as the “Design Component.” (Note: more than one Design Component can be selected.) You can see the resultant part in Figure 3.