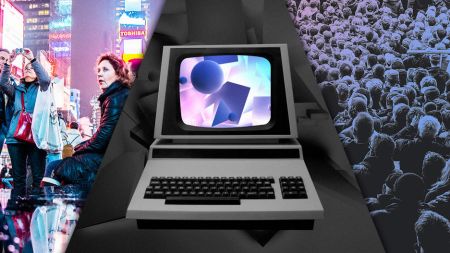 2017 was a year of reckoning for the design community. UX became a weapon, AI posed countless new challenges, and debate erupted over once rock-solid design paradigms. Even some of the industry’s leading lights admitted their revolutionary inventions have serious, unintended consequences.

The upside: Designers thrive on questioning convention–on unearthing solutions to seemingly intractable problems. If 2017 revealed anything, it’s that good design has never mattered more; it’s just the parameters of “good design” that have changed.

User-friendly design has been the dominant paradigm in human-computer interaction for decades, and for good reason: It reduces complex code into a simple language anyone can understand. But today, amid a string of high-profile data breaches and opaque algorithms that threaten the very bedrock of democracy, consumers have grown wary of slick interfaces that hide their inner workings. “For years there was such a huge UX trend toward seamlessness and concealing as much as possible in the interest of making things user-friendly,” Ame Elliott, design director of the nonprofit Simply Secure, said last year. “Now, as discipline, interaction designers and UX experts have a lot of hard work to do to think about how to expose those seams in appropriate ways.”

Good design should be transparent enough to empower users–to help them make informed decisions about their privacy, their browsing habits, and more–without overwhelming them.

Another problem with user-friendly design: In focusing on the immediate needs of users, it often fails to consider long-term consequences. Take Facebook’s echo chamber, Airbnb’s deleterious impact on affordable housing, or the smartphone, which is literally changing people’s brains and has spawned an entire generation of teenage automatons.

Good design chases more than clicks. It’s mindful of potential impact–whether economic, social, cultural, or environmental–and it’s mindful of that impact over time. There’s one simple test, according to Rob Girling and Emilia Palaveeva of the design consultancy Artefact: “Don’t just ask ‘how might we?’” they write, invoking a common term of art in design thinking. “Ask, ‘At what cost?’”

For the past 20 years, tech has embraced a “move fast and break things” mantra. That was fine when software had a relatively small impact on the world. But today, it shapes nearly every aspect of our lives, from what we read to whom we date to how we spend money–and it’s largely optimized to benefit corporations, not users. The stakes have changed, the methods haven’t.

This is one of Rams’s tenets, but it bears repeating at a time when dark patterns abound and corporations treat UX like a weapon. Uber is the most flagrant example. The company built its business on a seamless front-end user experience (hail a ride, without ever pulling out your wallet!) while playing puppet master with both users and drivers. The company’s fall from grace–culminating in CEO Travis Kalanick’s ousting last year–underscores the shortsightedness of this approach.

Good design “does not make a product more innovative, powerful or valuable than it really is,” Rams writes. “It does not attempt to manipulate the consumer with promises that cannot be kept.”

“If you work in software or design… you also work in politics.” That was British designer Richard Pope writing at the end of 2016 after the surprise election of Donald Trump, but the point remains relevant more than a year later: Politics is about the distribution of power, and few things distribute power more broadly and rapidly in the 21st century than code and design. Facebook’s role in shaping the outcome of the presidential election is one obvious example. But you can find subtler examples all over the place, from ads targeting men for higher paying jobs to predictive policing software that indicts black people more than white people.

Good design is upfront about its potential to shape the political landscape.

Good Design Is Mindful Of Systems

Systems thinking is a lofty term for a relatively simple idea: Everything is connected, and designers and developers should strategize accordingly.  Systems thinking has taken on even greater import over the past few years, as the world becomes more complex and intertwined. Consider that we generate 2.5 quintillion bytes of data a year, more than 90% of which was created in just the past two years. Today, nearly half of all adults own a smartphone; by 2020, that figure is expected to climb to 80%.

Good design, then, is no longer about solving discrete problems: It’s about considering the sum of the parts. “The challenge is to rise above the distraction of the details and widen your field of vision,” writes Foundation Capital partner Steve Vassallo. “Try to see the whole world at once and make sense of it. It’s a heady challenge, but you either design the system or you get designed by the system.”

In his “2017 Design in Tech Report,” author John Maeda anointed writing as design’s newest unicorn skill. It’s easy to see why. With the rise of chatbots and conversational UI, writing is often the primary interface through which users interact with a product or service. (Siri’s dad jokes had to be written by someone.) But even designers who don’t work on interface copy should be able to articulate themselves clearly. The better their writing, the better their chances of selling an idea.

The days of brands peddling a single identity are gone. The Emotional Intelligence Agency, a U.K.-based branding firm, analyzed the brands that more than 5,000 people said they sought out. The results were surprisingly consistent. Top brands, from Victoria’s Secret to Taco Bell, had four seemingly disparate traits: humor, usefulness, beauty, and inspiration. The takeaway? In an increasingly complex retail landscape, brands must adopt multifaceted personalities to connect emotionally with consumers.

Ideo studied more than 100 companies in an attempt to quantify innovation and came away with six key insights. Among them? Challenging the status quo has real business benefits. According to the study, chances of a failed product launch decreased by 16.67% when people felt comfortable acting with autonomy.

Good Design Is For People–And Machines

Historically, computers have been designed for human users. But as machines grow smarter and artificial intelligence takes root in people’s daily lives, designers will have to build for a new type of user: the human-machine hybrid. So suggests Normative CEO Matthew Milan, who argues that hybrids can do more than any person or computer could accomplish alone, like navigate traffic or compete in superpowered chess games.

Looking ahead, good design will help people trust a system–even when they know they don’t have much agency within it.

via Suzanne LaBarre at co.Design