What image does the phrase ‘virtual reality’ conjure? Chances are it’s someone in an oversized helmet, clumsily navigating their way through a videogame. Is that right? Well, adjust your expectations. VR has made generational leaps in a very short space of time. The reality is that it’s virtually unrecognisable from what it once was.

Virtual reality works by changing our perception to accept as real what is fake. (Or, in augmented reality’s case such as Microsoft Hololens, faking what’s in front of you.) Wandering around pre-rendered environments packed into a headset can be a disorientating experience. It offsets your balance, as your brain adjusts to a brand new worldview as if you’re really there.

That version of VR has its limitations, however. Despite vision and sound doing their very best to convince the user to accept what’s in front of them, there’s another sensory experience that up until now has been hard to replicate: touch.

Traditionally, there’s always been a disconnect between mind and body, as VR has struggled to impose physicality on the experience. Grab a virtual gun all you like, but without that tangible force in your fingertips or feeling of physical exertion, VR’s heavy lifting has been left purely to the eyes and ears. Not anymore.

Those tentative baby steps in a virtual world are about to take a virtual stride across the playing field thanks to haptics technology. 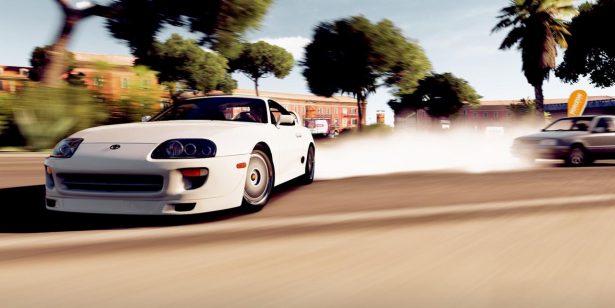 Ever played the blindfold party game where you guess various items solely by touch? Recognising objects by their weight, texture, shape and solidity can be quite a revelation. That physical connection is something for which engineers have been striving in the virtual space. Ergo, haptics. Essentially, tech designed to make the user connect physically with software.

At its most primitive level, it’s a PlayStation controller vibrating when you’ve taken a bump in Gran Turismo. Convincing? Perhaps not. But the tactility of a rumble provides a greater sensory experience, plugging that gap between brain and body. At the other end of the scale, at its most advanced level, there’s a space age tech suit that’s doing its damndest to convince its wearers of the reality of virtual worlds.

Suit up, we’re going in

The Teslasuit isn’t your average work gear. Designed by VR Electronics Ltd, it’s full body clothing with adaptive haptics technology that projects physically simulated sensation. Touch and force feedback is stitched into the fabric, creating the illusion of immersion for those using it. A full 360 degree awareness, muscle memory, feedback and changing temperatures. 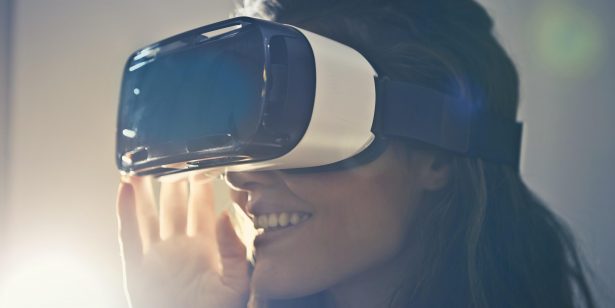 Burning down the house (virtually)

Firefighter in training? Simply load up the software and enter a virtual burning house with lives to save, and none of the risks or smoky odour that lasts for days. Haptics technology provides a physical resistance that puts the user in as near to a recreation of reality as technology will allow. No longer virtual reality, this next level progression has been dubbed Extended Reality. Whether it’s athletes perfecting technique or military undergoing operative briefings, it’s a new method of getting to grips with dangerous situations from a safe, simulated vantage point.

Sure, its current prohibitive price means we’re a while away from mass production. But the widespread use of this Extended Reality technology is just around the corner. With just a smartphone and a cheap cardboard box, you can have VR on the go for mere pennies. Haptics-based XR tech is perhaps a little more than loose change, but its march towards reality is virtually unstoppable. Headsets on, let’s go.