Ah, yes, remember falling asleep at night, in front of the television, only to awake to the ubiquitous test pattern on the screen? Wait, you don’t? Well, thanks to Jason Kottke, here’s a little walk down memory lane…

It’s hard to believe now, but television didn’t used to be a 24/7/365 affair. TV stations stopped broadcasting late at night and when they were off the air, they would commonly display a test pattern until programming resumed in the morning.

Used since the earliest TV broadcasts, test cards were originally physical cards at which a television camera was pointed, and such cards are still often used for calibration, alignment, and matching of cameras and camcorders.

From Wikimedia Commons and Present & Correct, here are some vintage test patterns: 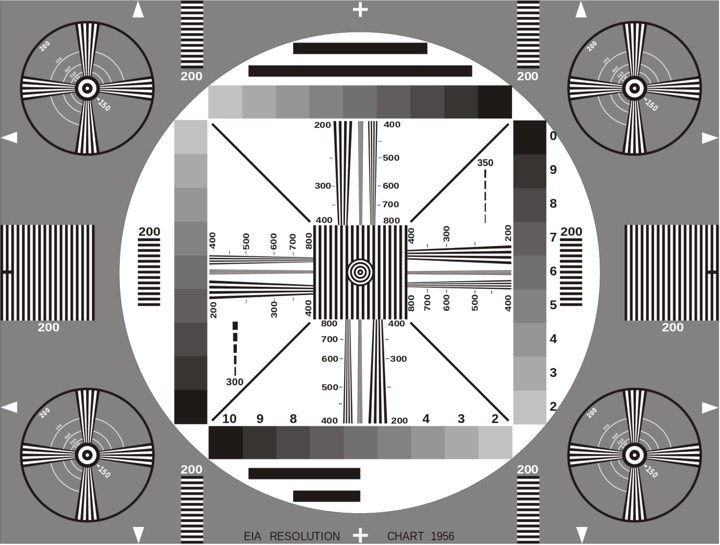 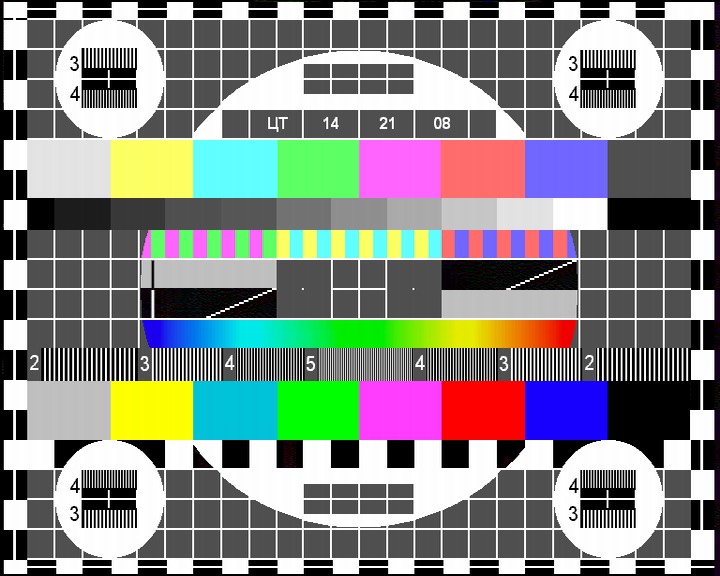 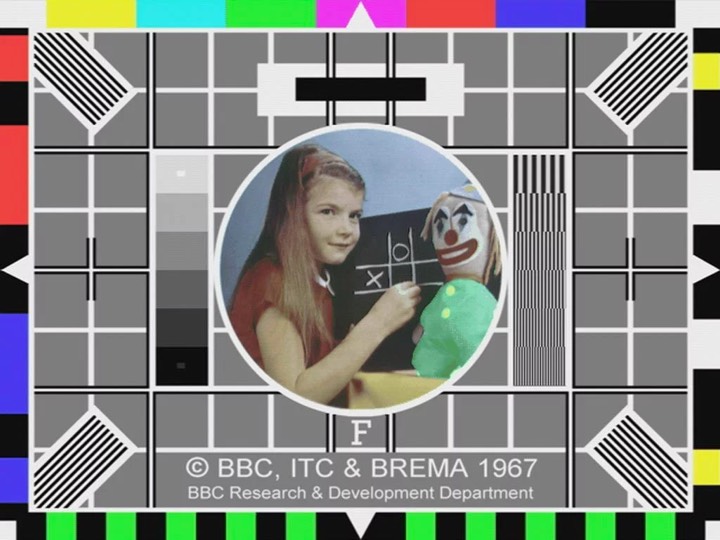 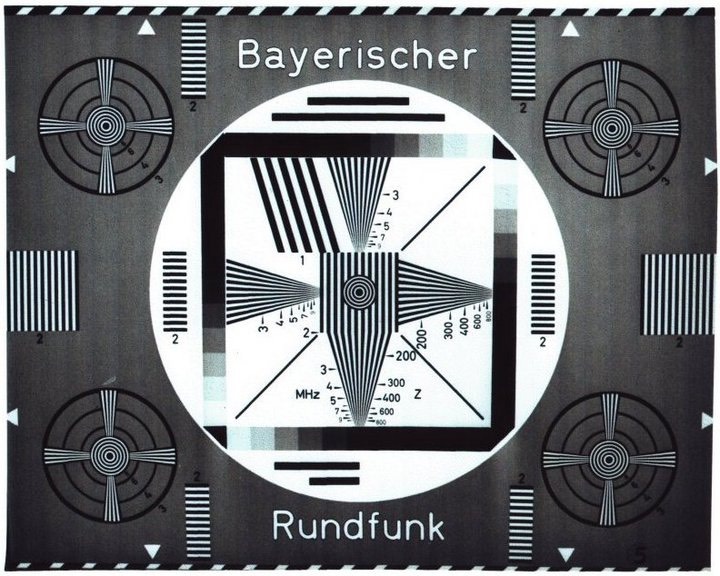 As you might expect, the BBC test card with the girl and clown has both a backstory and a cult following.

One of the most-used test images was RCA’s “Indian-head” test pattern: 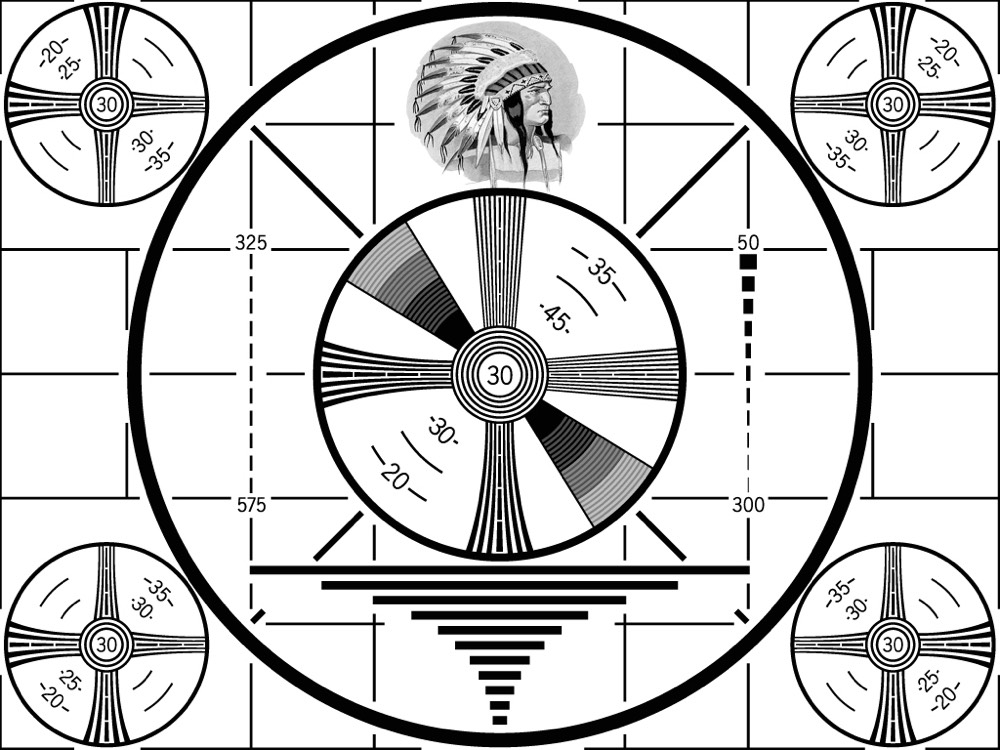 As this annotated version shows, each of the card’s elements had a specific testing purpose: 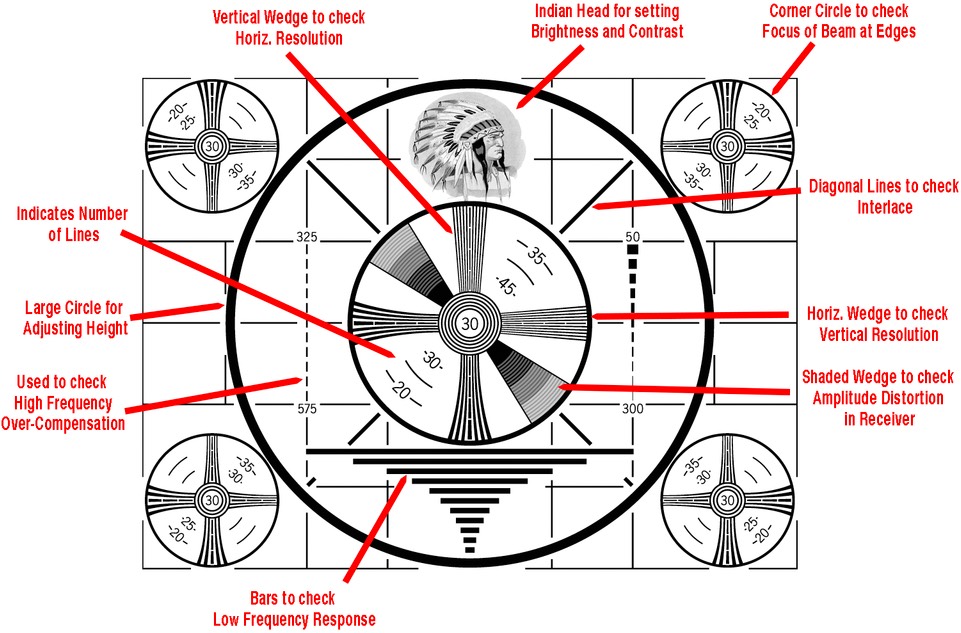 If you’re feeling extra nostalgic, here’s 36 minutes of vintage test patterns from all around the world: